The reports on digitization and citizens’ digital literacy are the intellectual result of the Erasmus + co-funded project “Municipalities Supporting Adult Education” (MSAE). The project is implemented from 2020 to 2022.

The aim of the project is to develop and increase the role of local governments in supporting adult education in order to promote greater participation of adults in education.

These reports provide an insight into digitization and the digital competence of the population in Latvia, Lithuania, Estonia and Italy.

These reports have several sections. The first chapter substantiates the importance of digital skills, analyzes the digitization situation in Latvia and partner countries in the European context, and describes the communication of municipalities with the population in the e-environment, operation of customer service centres, use of digital technologies in companies.

The second chapter analyzes the digital skills of the residents of certain districts of Latvia Lithuania, Estonia and Italy and shows the residents’ opinions about the municipal website.

A summary and conclusions can be found at the end of the reports.

This is an E+ project - MSAE 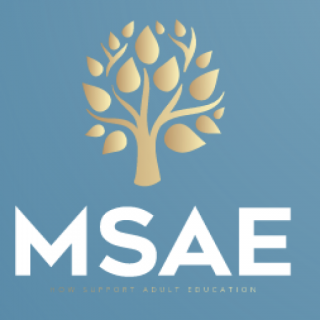 video of other projects

From the Past to the Future